Ira Deutchman has been making, marketing and distributing films since 1975, having worked on over 150 films including some of the most successful independent films of all time. He was one of the founders of Cinecom and later created Fine Line Features—two companies that were created from scratch and in their respective times, helped define the independent film business.

Currently Deutchman is an independent producer, and a consultant in marketing and distribution of independent films. Among his clients is Emerging Pictures, a New York-based digital exhibition company that he co-founded in 2002. He is also a Professor of Professional Practice in the School of the Arts at Columbia University, where he was the Chair of the Film Program from 2011-2015.

Among the over 60 films he acquired and released at Fine Line were Jane Campion’s “An Angel at My Table,” Gus van Sant’s “My Own Private Idaho,” Jim Jarmusch’s “Night on Earth,” Robert Altman’s “The Player” and “Short Cuts,” Roman Polanski’s “Bitter Moon” and “Death and the Maiden,” Alan Rudolph’s “Mrs. Parker and the Vicious Circle,” Mike Leigh’s “Naked,” and the award-winning “Hoop Dreams,” which in its time was the highest grossing non-music documentary in history.

Prior to Fine Line, as President of The Deutchman Company, he provided marketing consulting services for such films as Steven Soderbergh’s “sex, lies, and videotape” for Miramax, Charles Burnett’s “To Sleep With Anger” for The Samuel Goldwyn Company and Whit Stillman’s “Metropolitan” for New Line Cinema.

Previously, Deutchman was one of the founding partners and President of Marketing and Distribution for Cinecom Entertainment Group, the film distribution company known for such diverse releases as Merchant/Ivory’s “A Room with a View,” Jonathan Demme’s “Stop Making Sense,” Gregory Nava’s “El Norte” and John Sayles’ “The Brother From Another Planet.”

While at United Artists Classics, Films Incorporated and Cinema 5 Ltd., highlights included Lina Wertmuller’s “Seven Beauties” and “Swept Away,” Barbara Koppel’s “Harlan County, USA,” Jean-Jacques Beineix’s “Diva,” and Francois Truffaut’s “The Last Metro.” While still in college, he organized and marketed the midwest premiere of John Cassavetes’ “A Woman Under the Influence.”

He is a graduate of Northwestern University, with a major in film. 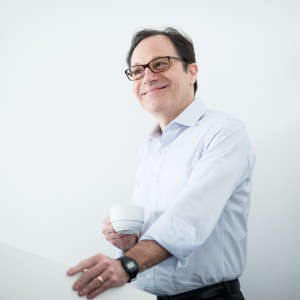