A senior fellow at the Columbia University School of the Arts, Frank Rose is faculty director of the executive education program Strategic Storytelling, presented in partnership with Columbia Business School, and a frequent contributor to The New York Times, The Wall Street Journal, and other publications. His most recent book is The Sea We Swim In: How Stories Work in a Data-Driven World, a practical guide to “narrative thinking” — and why it matters in a world defined by data. Inspired by his Strategic Storytelling seminar, this builds on his previous book, The Art of Immersion: How the Digital Generation Is Remaking Hollywood, Madison Avenue, and the Way We Tell Stories, in which he explains that we are seeing the emergence of new forms of narrative that are native to the Internet in the same way the novel is native to print.

Told through many media at once, these new narratives encourage us not merely to watch but to participate and to immerse ourselves, taking us deeper than an hour-long TV drama or a two-hour movie or a 30-second spot will permit. They blur boundaries that long seemed inviolate—between author and audience, story and game, content and marketing, fiction and reality. Rose has explored these themes as a keynote speaker at marketing summits and film festivals worldwide, in academic gatherings in the US and Europe, and in talks at such companies as Google, Lucasfilm, Unilever, and the BBC.

Previously, as a contributing editor at Wired and a contributing writer at Fortune before that, Rose worked as a journalist at the intersection of media and technology, covering such stories as the making of Avatar, Samsung and the rise of the South Korean techno-state, and the posthumous career of Philip K. Dick in Hollywood. He has also worked as a contributing editor at Esquire and Travel + Leisure and has written for The Atlantic, New York, the Los Angeles Times, Rolling Stone, Vanity Fair, and other publications. Among his earlier books are The Agency, an unauthorized account of the rise and near-collapse of what was once the leading talent agency in Hollywood, and the 1989 best-seller West of Eden, which detailed the ouster of Steve Jobs from Apple and was named one of the ten best business books of the year by Businessweek. 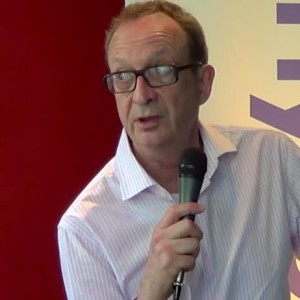