Karol is an Austrian-born American entrepreneur and media innovator with over two decades of leadership roles in the motion picture, publishing, event, broadcast, and Internet industries. He has produced over a dozen award-winning films and is Partner /Chief Operating Officer of global theatrical distributor Abramorama and Chief Content Officer of Thought Engine Partners. Karol was the President of Film for Michael Cohl’s S2BN Entertainment, EVP of Film & Animation at Babel Networks, President/Publisher of Silicon Alley Reporter, and Head of Film at Chris Blackwell’s Palm Pictures. While at Palm, he led all operations and brand positioning for the RES Media Group business unit, including its digital film festival RESFEST, the world’s original digital arts and entertainment festival, which in its final year (’06) was a global touring event spanning six continents, 19 countries and over 40 cities worldwide.

Throughout his career, he has been at the forefront of new developments and paradigm-shifting technologies. Karol is credited with the first global digital release of a feature film via iTunes prior to its traditional release (Big Easy Express), the pioneering episodic mobile distribution of a feature film (Sally Potter’s RAGE), and releasing nine prequels on the web during the production of the award-winning feature documentary, The Bengali Detective, and architecting a one-day global theatrical screening in 12 languages and 355 venues with a Facebook LIVE interconnect between UNESCO Headquarters in Paris, France, the Museum of Tolerance in Los Angeles, the United States Holocaust Memorial Museum in Washington, D.C., and the Auschwitz concentration camp in Birkenau, Poland for Roberta Grossman and Nancy Spielberg’s award-winning Who Will Write Our History.

He has produced over 25 television and satellite broadcast music programs, multiple Webby Award-winning projects including wetheeconomy.com and focusforwardfilms.com, and he co-founded Filmmaker Magazine, RES Magazine, and several media content enterprises, including indiewire.com, cinelan.com, and conditionone.com. 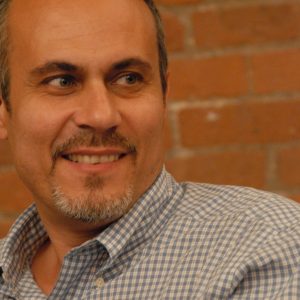